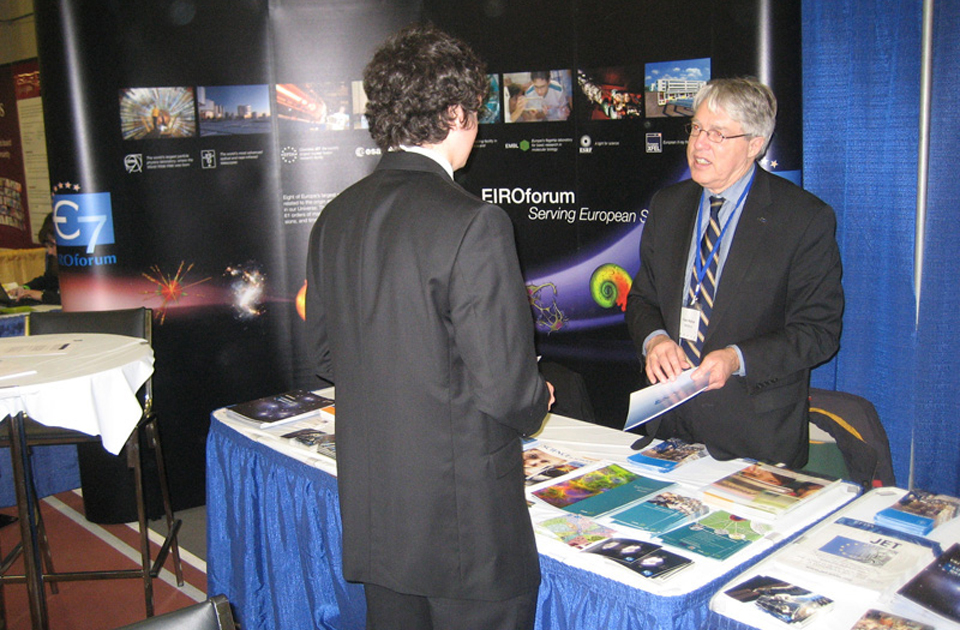 On 22nd January, the Johnson Indoor Track at MIT Boston was buzzing with activity. Where usually sportspersons train for their next athletic competition, competitive job pursuers were hunting for future jobs.

EIROforum was present at the fair and its stand was visited by 80 candidates interested in job and training possibilities of the eight EIROforum institutions.

Over 5 000 candidates had registered for the fair of which 37% came from the US and 27% from Europe. All in all there were 127 different nationalities represented. A high percentage of the candidates came from the American Ivy League universities.

The European Career Fair at MIT is a recruiting event that connects European employers from science and technology, industry or academia with the most talented candidates from the US.

The fair was a big success in promoting the excellence of the EIROforum institutions.